How to become a master of conflict resolution

Learning to navigate conflict can be a serious game changer for gaining new insights and partnerships, and preventing arguments before they arise. 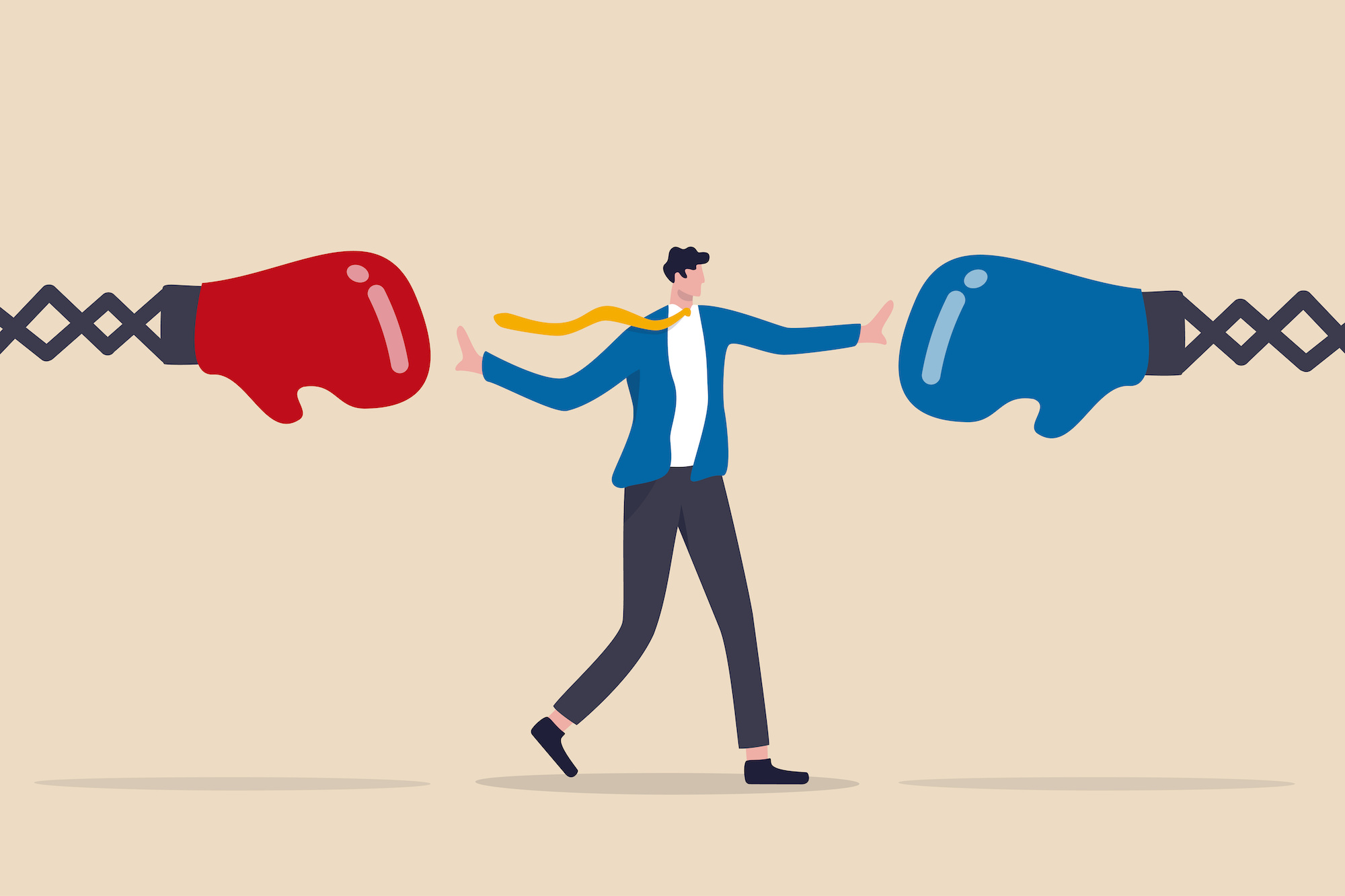 Conflict is inevitable, especially when growing a business. But learning to navigate it through impactful communication can be a serious game changer for gaining new insights and partnerships, and preventing arguments before they arise. After all, good workplaces inspire good work. Everyone deserves to have a decent day at work.

Few know this better than executive coach and TEDx speaker, Liz Kizlik. In Episode 14 of Think Deeply, Speak Simply—Reducing Conflict with Communication—Liz shared her top industry tips to help you become a master of conflict resolution.

Understand why it's happening

‍Conflict isn’t always personality-based. More often than not, people behave problematically for a variety of reasons related to work conditions. Usually, something is in the way of fulfilling their different roles and responsibilities and it’s important to uncover what those barriers are.

Don’t be conflict-averse. Getting along well with everyone is great, but problems won’t go away on their own. Business leaders who are too uncomfortable to step in when conflict goes awry are a detriment to everyone, including the business as a whole. Don’t avoid conflict so much that you refuse to address it. Instead, seek to understand why disagreements have developed so you can solve the core of the problem.

‍If something problematic happens once, it’s okay to give the person or situation the benefit of the doubt. After all, it could have easily been a mistake, the situation might have been misconstrued, and we all have our bad days.

The second time a similar situation happens, start keeping an eye on the situation. If a third time occurs, then it’s officially time to do something. Allowing the problem to continue unchecked could set an unhealthy precedent in the workplace. This potentially leaves the door open for others to act out similarly knowing no authoritative action will be taken.

Lead with "I noticed"

‍Conversations about conflict can be awkward and uncomfortable. In some cases, someone may even feel threatened or defensive. To minimize these negative emotions, start off the conversation with “I noticed…” statements.

According to Liz, “It removes an aspect of threat. It takes away the idea that you think the other person is a bad person” and removes judgment from the conversation.

For example, if an employee was rolling their eyes repeatedly during a meeting, lead the follow-up discussion with “I noticed you looked unhappy during today’s meeting. Will you tell me what was going on and how you were feeling about the conversation?”

This takes any accusations out of the equation and opens the room up for a healthy dialogue where all parties can speak their truths. This way, it feels like a win-win for everyone instead of like a scolding.

Leverage these powerful communication tips in your workplace to become a master of conflict resolution. To learn more, catch the full episode with Liz Kislik here.